Homophobia Under The Big Top 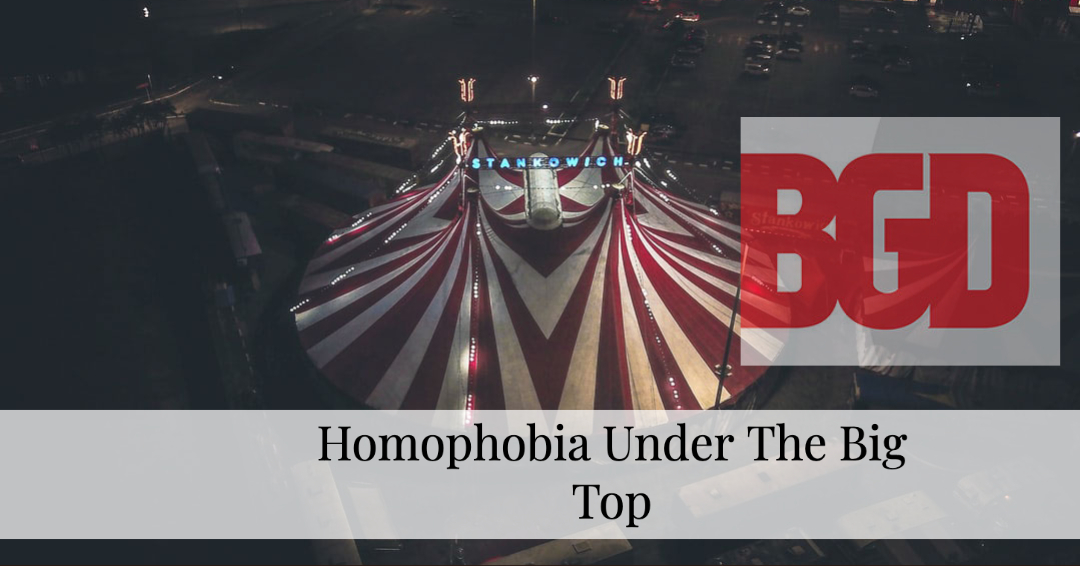 My mother once asked me why everything I wrote had to be black and queer. A Great Migration southern transplant, she reared me on a steadfast diet of Eyes on the Prize, Harlem Renaissance Writers, and personal stories from pre-Civil Rights Era Memphis and Black Power-era Chicago (#allblackeverything). Queerness was overshadowed by race, such that Bayard Rustin stepped into shadows of Dr. Martin Luther King, Jr.

Because black queers chose to tow the line in the race struggle with their skinfolks, we now face the misconception that our sexuality is a choice that is separate from, and subordinate to, our race.

My experiences are that of a #blackqueerwoman and, as the hashtag denotes, it is a singular identity composed of inseparable parts. The recent film, Dear White People demonstrates this with the character Lionel (Tyler James Williams) who had difficulty being a black face in a white space AND being a queer face in black space AND a black queer face in a white queer space. Often, for queers of color, the most painfully homophobic situations occur in our cultural spaces…the spaces in which we want to feel most at home.